Photographer George Semerdjian sacrificed his life at age forty-one while photographing the atrocities of the civil war in Harb el ilghe. He died on February 3, 1990 after being targeted and shot in the head on January 31, leaving behind his wife Lucia Toros Satchian Semerdjian and two young daughters, Maria and Sevana. His days were lived as a constant companion, witness and documenter of the brutality perpetrated on his beloved Lebanon .
During his youth and throughout his adult years George Semerdjian conscientiously and consistently dedicated his time to unraveling and unveiling hidden truths. His talents as a photographer were an innate gift manifested in childhood. As a teenager he pursued photography as a hobby. It was not until later in life that he transformed his hobby into a lifelong career. At the age of 15 he left school and found employment in various unfulfilling menial jobs. Eventually, he procured a position at Studio Yeprem in Kemp, Sis. This position provided him with his first opportunity to enter a photographic dark room. Upon entering the darkroom he was immediately transported into another world. The sheltering darkness and ominous glow of the high intensity red light captivated him and gave him a sense of fulfillment and protection. This first experience in the darkroom proved to be the most influential force in his career. At the age of 16 he worked in Studio Saro for three consecutive years. During this time he studied the daily newspaper Al Nahar and was especially drawn to the the photographs.


The progression of his career eventually led him to Al Kifah newspaper, where he worked until the newspaper publication was discontinued. After being jobless for a period of time a friend informed him that Al Nahar newspaper needed a photographer. Upon hearing this, he headed directly to the Al Nahar building in Al Hamra Street . When meeting Moudir Al Tahrir and Franswa Akel he introduced himself as Kevork Semerdjian, his given name on his identification card. Franswa had a problem with the French pronunciation of his name, Kevork Semerdjian, so he uttered George Semerdjian. This is how Kevork Semerdjian acquired the name of George Semerdjian. Through personal commitment and self determination he advanced his knowledge, abilities and career under the constant mentorship of his colleague and supporter Sam Mazmanian.
George Semerdjian was highly regarded among his peers and within the realm of professional photography. He held the elected position of President of the Syndicate of Journalists from December 29, 1989 until his demise on February 3, 1990. He participated in numerous Lebanese, Arab and International expositions and was the recipient of many awards, including the Silver Medal in Baghdad , Iraq in 1987. He was honored with this award for his photograph “Wedding couples passing through damaged and smashed buildings,” an image representing the instability of life during war. Only two names of Lebanese photographers are included on the wall of the American Museum in Washington , one being George Semerdjian and the other Khalil Duhainy.


The Lebanese Civil War transformed George Semerdjian into an emotionless machine capable of progressing through any and all situations. Performing his duties necessitated running on top of dead bodies strewn on the paths of Lebanon . In spite of his anger and frustration he did not miss a beat and documented the civil war to its bitter end. Since then he held an unspoken fear that even with the establishment of peace he would not be able to attain inner peace. On the day of peace he claimed that he would break his camera, and in so doing, be torn into tiny little pieces.
George Semerdjian’s priority was his job, so much so that he would leave parties and ceremonies without a second thought, and return home at all hours after responding to a phone call announcing his opportunity to “get the ultimate perfect photo.” His camera was his most treasured companion and best friend. .He asserted that his camera was more deadly than lead.
George Semerdjian’s legacy is a body of work that juxtaposes the discrepancies of “new Beirut ” and the desecrated Beirut of the past. He endured many hardships while photographing in numerous countries. The scars on his body bear witness to the many beatings and kidnappings, and the shrapnel embedded in his bones to the close range bombings he was continually subjected to. In spite of all this, he never abandoned his profession as a photographer; fear and terror were not a part of his psyche. He photographed uncountable incidents designated as illegal, off limits, and in turn paid the consequences with harrassing death threats. He owned distinct agency cards, each offering a semblance of protection.. He stated, “People think photographers are spies.” He firmly believed that his mother’s prayers would protect him from all harm. During more than one of his kidnappings in Jordan and Lebanon , his Palestinian captors released him after recognizing his selfless nature and resolve for justice.
His photographs document all the wars of Lebanon , including the Israeli Invasions from 1975-1990, “Black September” in Jordan in 1970, Golan Heights Arab-Israeli war, and numerous demonstrations, protests and conferences. In 1975 he was shot in the leg and in 1989 in Dora, Beirut he was critically burned on his face and arms while photographing the explosion of oil tankers. His body on fire, he wanted to jump into the sea, but it wasn’t an option, not being an expert swimmer.

He believed that “People read photographs before they read articles. A photograph should speak and inform about the incident without the use of words.” In Fen Al Teswir monthly newspaper George Semerdjian stated, “Photos are traces of history for future generations to study in order to discover their past. It’s not enough to merely observe an occurance that takes place spontaneously, it needs to be captured in a photograph to preserve its authenticity and significance.”
George Semerdjian was a brave soldier with a camera for a weapon and an artist who left inerasable footprints in the history of Lebanon . During his spare hours he photographed animals, sporting events, concerts, and the beauty of nature. His photographs remain with us as a memorial to his dedication and deep seated love for his homeland. He consistently professed, “I have wandered the world over but no country embraces the beauty of Lebanon .” George Semerdjian will never be forgotten, the traces of his life will forever remain in out hearts and minds.


By Sevana Semerdjian
http://lebanesephotobank.com/
Posted by Unknown No comments:

﻿ ﻿
Portraitist Howard Hildebrandt was born in the small town of Allegheny, Pennsylvania (now part of Pittsburgh), where his natural interest in people was evident from an early age. He attended the National Academy of Design in New York; the Julian Academy under Benjamin-Constant and J. P. Laurens in Paris; and was one of a small number of foreigners permitted regular enrollment as an eleve at the Ecole des Beaux-Arts.

Like John Singer Sargent, Hildebrandt took great care with his backgrounds as he considered them an important part of the portrait. He demonstrated an imaginative and restrained use of color. He painted some outdoor scenes, and was fond of doing outdoor and indoor portraits. One fishing scene, shown at the Herron Art Gallery in Indianapolis, was a watercolor portrait for which he won an American Watercolor Society prize. Hildebrandt was also awarded the Evans Prize and first honor, Associated Artists of Pittsburgh; the Brown-Bigelow gold medal of the Allied Artists of America; and the Purchase Prize of the Salmagundi Club.

Hildebrandt is represented with several oils in the Butler Art Institute of Youngstown, Ohio; by his painting The Sicilian Bandit; at Pennsylvania State College; a portrait of Dr. John M. Thomas, president of Rutgers University, at New York's Lotus Club; a portrait of Prof. Arthur J. Sweet in the Engineers Club; a self portrait in the National Academy of Design and a number of portraits in the Silvermine Group of Artists room at the New Canaan (Connecticut) Historical Society Museum, most notably a portrait of fellow artist and Knocker, Daniel Putnam Brinley. Hildebrandt was an early member of the Silvermine Group of Artists (The Knockers 1908-1922) in the Silvermine area of Connecticut.

He was fond of doing outdoor portraits, good examples of which are his paintings of Betty McKernan, Alice Williams, Miss Morgan of Worcester, H. B. Thayer, then chairman of the board of the American Telephone and Telegraph Company, and its then president, Walter S. Gifford. Among his indoor portraits are paintings of Mrs. Godfrey Freeman, Mrs. J. B. Hagin, and Stephany EEste.
Posted by Unknown No comments:

A Window Through The Past - 19th Century Photography - Farhat Art Museum 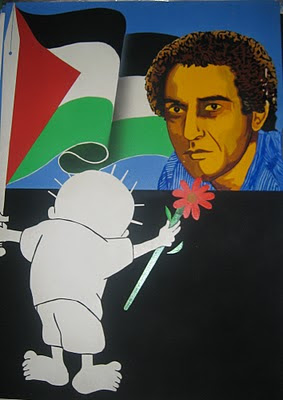